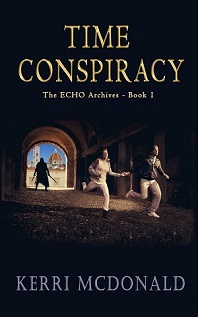 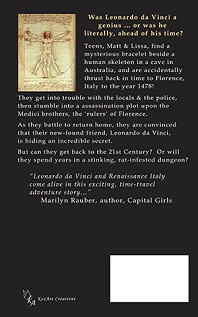 Was Leonardo da Vinci a genius … or was he, literally, ahead of his time?

After finding a mysterious bracelet beside an ancient human skeleton in a sinkhole cave on the Nullarbor Plain in Australia, teen siblings Matt and Lissa Wellbourn, find themselves inadvertently transported back to 15th Century Florence, Italy. While desperately trying to work out what’s going on, they get into strife with the locals, and the constabulary. Then they stumble into a treacherous assassination plot upon two brothers of the most powerful family in Florence – the Medicis.

As they battle to find a way to return home, they begin to question the true origin of their new-found friend, Leonardo da Vinci, and are convinced he is hiding an incredible secret.
But how will they get back to the 21st Century? The answer continues to evade them, and their situation becomes worse when they also face the possibility of spending years in a stinking, rat-infested dungeon … or worse!

If I could travel in time, meeting Leonardo da Vinci would be one of my top picks. He was such an astounding person and would have also been a great fun to be around in his younger years. While Time Conspiracy is a fictional novel, it is based on real events and characters of that time. Or more correctly, it is based on my imaginative interpretation of what might have happened, if two modern-day teenagers were accidentally dropped in that particular time and place in history.
Although this novel was written predominately for teens and young adults, I’ve found it is also enjoyed by anyone who is young at heart and loves a rollicking adventure!

Time travel, two teen sleuths and a medieval murder plot –
Time Conspiracy takes you along on a fantastic ride!

I am a devoted hard SciFi and Fantasy reader and thoroughly enjoyed this read. I look forward to the next book in the series and recommend it to any generation.

What a wonderful adventure story, with real historical figures woven in for good measure.
I would encourage Kerri McDonald to continue these characters in a series! 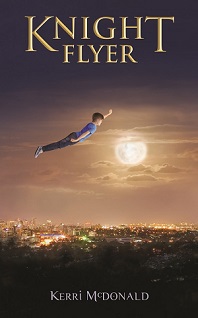 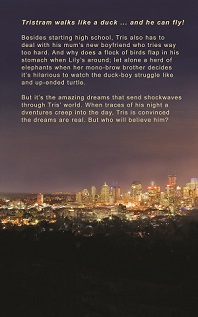 Tristram walks like a duck … and he can fly!

Besides starting high school, Tris also has to deal with his mum’s new boyfriend who tries way too hard. And why does a flock of birds flap in his stomach when Lily’s around; let alone a herd of elephants when her mono-brow brother decides it’s hilarious to watch the duck-boy struggle like an up-ended turtle. But it’s the amazing dreams that send shockwaves through Tris’ world.

When traces of his night adventures creep into the day, Tris is convinced the dreams are real. But who will believe him?

Knight Flyer is a fiction novel aimed at the 11-13 year age group. I was compelled to write this story after noticing that children with physical disabilities were especially under-represented as main protagonists in children’s fiction. My aim was to write an enjoyable adventure story which shows that although children with disabilities have many extra challenges, they also have to deal with the usual roller-coaster of growing up. They laugh and cry; they often possess extraordinary strength and courage as well as typical human frailties; they love and want to be loved; they fear, hope and dream.

This Is A Custom Widget

This Sliding Bar can be switched on or off in theme options, and can take any widget you throw at it or even fill it with your custom HTML Code. Its perfect for grabbing the attention of your viewers. Choose between 1, 2, 3 or 4 columns, set the background color, widget divider color, activate transparency, a top border or fully disable it on desktop and mobile.

This Is A Custom Widget

This Sliding Bar can be switched on or off in theme options, and can take any widget you throw at it or even fill it with your custom HTML Code. Its perfect for grabbing the attention of your viewers. Choose between 1, 2, 3 or 4 columns, set the background color, widget divider color, activate transparency, a top border or fully disable it on desktop and mobile.